Andreas Dombret was born in the USA to German parents. He studied business management in Münster and earned his PhD in Nuremberg. From 1987 to 1991 he worked at Deutsche Bank, from 1992 to 2002 at JP Morgan, from 2002 to 2005 as partner at Rothschild before serving Bank of America as European Vice Chairman between 2005 and 2009. Between 2010 and 2018, Andreas was on the Executive Board of the Deutsche Bundesbank, on the Board of the Bank for International Settlements and on the ECBs Supervisory Board. In addition he acted as German central bank representative at the IMF, the German Financial Stability Commission and the Basel Committee on Banking Supervision. Andreas was awarded an honory professorship by the European Business School and also teaches at Columbia University. 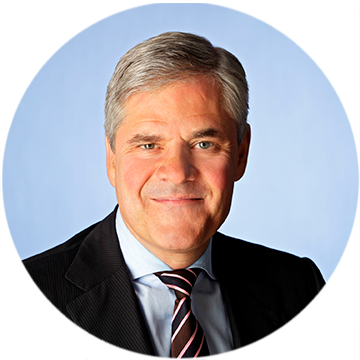