Bernardo González is President of CNBV since February 2018. Before, he held the positions of Assistant Secretary for Banking, Securities and Savings and Head of the Development Banking Unit at the Ministry of Finance. As the former he was in charge of drafting Mexico's Fintech Law, pass it through Congress and now as head of CNBV to implement it.

Previously at CNBV he was Vice-President for Regulatory Policy overseeing the regulation, economic studies, international affairs and financial inclusion departments. During this period, he was responsible of implementing Mexico’s 2014 Financial Reform and Basel Committee’s Regulatory Consistency Assessment Program in which Mexico obtained the highest grade possible.

Bernardo González has also worked for more than a decade in development banks and at the Deposit Insurance Institute in Mexico, as well as a consultant for the Inter-American Development Bank, UK's Department for International Development and the United Nations Development Program.

Mr. González holds a bachelor’s degree in Business Administration specialized in Finance from Instituto Tecnológico Autónomo de México and a master’s degree on Public Policy from Georgetown University. He has served as professor of public finance both at ITAM and Universidad Iberoamericana in México City. 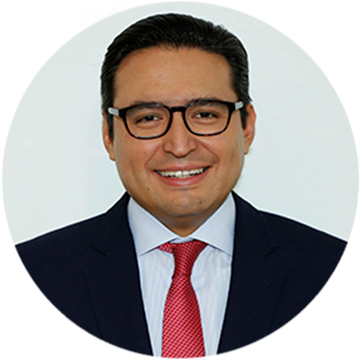