E. Glen Weyl graduated Valedictorian of Princeton undergraduate in 2007 and received his PhD in economics in 2008. Before joining Microsoft he was a Junior Fellow at the Harvard Society of Fellows and an Assistant Professor at University of Chicago. The research he developed during this time and five years at the New England and New York City Research labs spans and combines economics, law, computer science, philosophy, political science and biology and has been published in leading journals in those fields. Recently, and especially since the publication last year of his book with Eric Posner Radical Markets: Uprooting Capitalism and Democracy for a Just Society, he has focused on using new computer and economic technology to create a radically more equal and cooperative society. Glen has been recognized for the impact of this work, for example being named one of Bloomberg Businessweek’s 50 most influential people of 2018 and by WIRED as one of the 25 people shaping the next 25 years of technology. To institutionalize and collaborate on this work, Glen founded and serves as chair of the RadicalxChange Foundation, which fosters collaboration between scholars, technologists, activists and artists to imagine and create a radically more cooperative society. He is currently Microsoft’s Office of the Chief Technology Officer Political Economist and Social Technologist (OCTOPEST), advising the company on the future of technology in relationship to political and economic change and managing a research group focused on fostering a vision of technology to support pluralistic collaboration rather than automation. 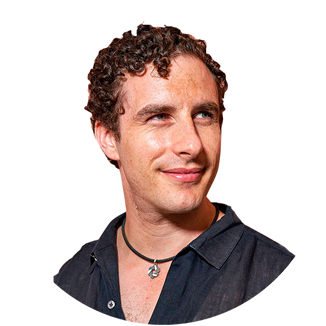