Eswar Prasad is the Tolani Senior Professor of Trade Policy at Cornell University. He is also a Senior Fellow at the Brookings Institution, where he holds the New Century Chair in International Economics, and a Research Associate at the National Bureau of Economic Research. He was previously chief of the Financial Studies Division in the International Monetary Fund's Research Department and, before that, was the head of the IMF's China Division.

Prasad is the author of the book The Future of Money: How the Digital Revolution is Transforming Currencies and Finance (Harvard, 2021) which was named one of the best economics and business books of 2021 by The Economist. He is also the author of Gaining Currency: The Rise of the Renminbi (Oxford, 2016) and The Dollar Trap: How the U.S. Dollar Tightened Its Grip on Global Finance (Princeton, 2014). Prasad has testified before the Senate Finance Committee, the House of Representatives Committee on Financial Services, and the U.S.-China Economic and Security Review Commission. He is the creator of the Brookings-Financial Times world economy index (TIGER: Tracking Indices for the Global Economic Recovery). His op-ed articles have appeared in the Financial Times, Foreign Policy, Harvard Business Review, International Herald Tribune, New York Times, Wall Street Journal, and Washington Post. 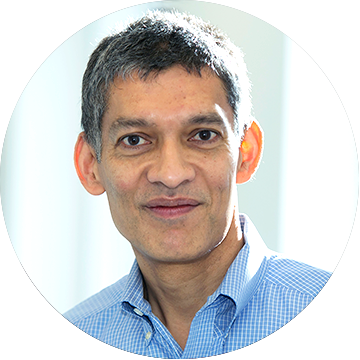