George Bridges is Senior Adviser to Ana Botín, Group Executive Chairman of Banco Santander. He was Parliamentary Under Secretary of State at the Department for Exiting the European Union (DExEU) until he resigned in June 2017, having been a Minister in the Cabinet Office since May 2015.

Before he joined the Government, George was an adviser to Santander UK where he helped in the development of the Santander Way, setting out the bank’s purpose, its aim and how it aspires to be Simple, Personal and Fair in all it does.

Previously he ran Quiller Consultants, a strategic communications company, at which he advised multinational companies and public institutions on all aspects of communications.

From 1994 to 1997 George worked in 10 Downing Street as Assistant Political Secretary to the Prime Minister; from 2004-5 he was Chairman of the Conservative Research Department.

George was a Stapledon Scholar at Exeter College, Oxford; and a Thouron Scholar at the University of Pennsylvania. He is married, and has three children. 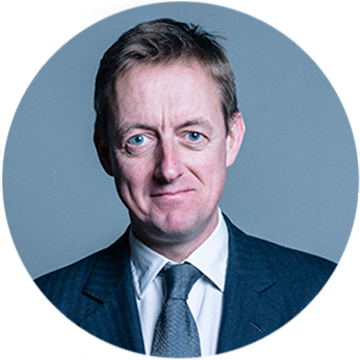