Ivan Glasenberg joined Glencore in April 1984 and has been Chief Executive Officer since January 2002. Mr Glasenberg initially spent three years working in the coal commodity department in South Africa as a marketer, before spending two years in Australia as head of the Asian coal commodity division.

In January 1990, he was made responsible for the worldwide coal business of Glencore for both marketing and industrial assets, and remained in this role until he became Chief Executive Officer in January 2002. Mr Glasenberg is a Chartered Accountant of South Africa and holds a Bachelor of Accountancy from the University of Witwatersrand. Mr Glasenberg also holds an MBA from the University of Southern California. He is currently a non-executive director of United Company Rusal plc. Before joining Glencore Mr Glasenberg worked for five years at Levitt Kirson Chartered Accountants in South Africa. 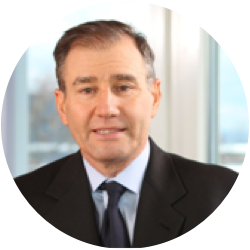