American Banker magazine 2016 “Innovator of the Year”, Inc.’s “The World’s 10 Top CEOs” (honorable mention), and one of Time magazine’s “50 Leaders for the Future” named in 1994, John Hope Bryant is an American entrepreneur, author, philanthropist, and prominent thought leader on ﬁnancial inclusion, economic empowerment and ﬁnancial dignity. For the past two consecutive years, Bryant has been named in the "100 Most Inﬂuential Atlantans" listing developed by the Atlanta Business Chronicle that spotlights Atlanta’s top business and civic inﬂuencers.

Bryant is the Founder, Chairman, and Chief Executive Ofﬁcer of Operation HOPE, Inc. the largest not-for-profit provider of ﬁnancial literacy, ﬁnancial inclusion and economic empowerment tools and services in the nation; in addition he is Chairman and Chief Executive Ofﬁcer of Bryant Group Ventures and The Promise Homes Company, the largest for-proﬁt minority-controlled owners of institutional-quality, single-family residential rental homes in the U.S.

He has served as an advisor to three sitting U.S. presidents, from both political parties. He is responsible for ﬁnancial literacy becoming the policy of the U.S. federal government. In January 2016 Bryant became the only private American citizen to inspire the renaming of a building on the White House campus, when the U.S. Treasury Annex Building was renamed the Freedman’s Bank Building.

Bryant is the bestselling author of; The Memo, How the Poor Can Save Capitalism, and LOVE LEADERSHIP. He is one of the only bestselling authors on economics and business leadership in the world today who happens to also be African-American. 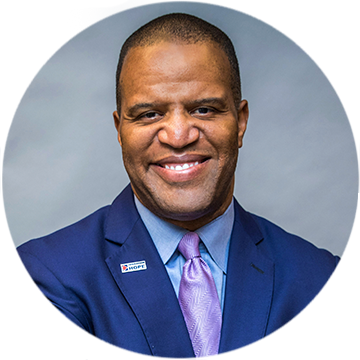