Jose Garcia Cantera is Senior Executive Vice-President of Banco Santander and he became Chief Financial Officer and Head of the Finance Division in January 2015.

Prior to his current role, Mr. Garcia Cantera was head of Global Wholesale Banking Division, reporting directly to the Group’s CEO since he was appointed in May 2012 Mr. Garcia Cantera was CEO of Banesto since 2006, having joined the bank in September 2003 as Senior Executive-Vice President of Wholesale Banking, comprising Corporate Banking, Treasury, Capital Markets, Banesto Bolsa and the bank's international operations.

Before working at Banesto, Mr. Garcia Cantera held senior executive positions at Salomon Brothers-Citigroup. He was a member of the Management Committee of Citigroup EMEA and of the Board of Directors of Citigroup Capital Markets UK and Citigroup EMEA.

During his time as a Latin American stock analyst, he was rated as best analyst by a number of specialized publications including Institutional Investor, Reuters, Extel and Global Investor between 1995 and 2002.

Jose Garcia Cantera is an industrial engineer and holds an MBA from IE Business School. 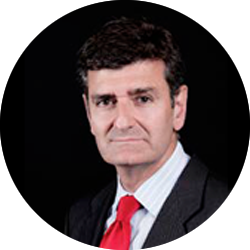