Since February 2014 Dr. Ibel has served the European Central Bank as Director General of Micro-Prudential Supervision IV Previously he was a consultant at Accenture (1997-2000) followed by principal at The Boston Consulting Group (2001-2007). From 2008-2014 he worked at Commerzbank in various positions including Head of Asset Liability Management (Treasury); COO Central & Eastern Europe, COO Private Customers; and Divisional Board Member, Group Risk Controlling & Capital Management.

Dr. lbel received his Master and PHD in Economics from the University of Munich, Rotterdam and Frankfurt.

He is married and has four sons. 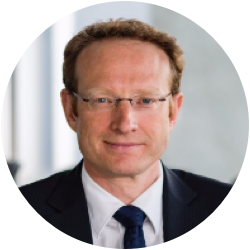