Michael Reid is an author, journalist and speaker. He is a senior editor at The Economist. Based in Madrid, he writes its Bello column on Latin America and is a writer-at-large on the region. From 2016 to 2021 he was additionally its Spain correspondent. From 1999 until 2013 he was The Economist’s Americas Editor responsible for coverage of Latin America, the Caribbean and Canada. He was previously the magazine’s correspondent in Brazil (1996-9), for consumer industries (1994-5) and Mexico and Central America (1990-93) and spent most of the 1980s based in Lima covering the Andean region for the Guardian and the BBC.

His books include “Forgotten Continent: A History of the New Latin America” (Second edition, 2017) and “Brazil: The Troubled Rise of a Global Power” (2014), both published by Yale University Press. His new book “Spain: The Trials and Triumphs of a Modern European Country” will be published by Yale in March 2023.

He was awarded the Maria Moors Cabot Prize in 2003 for outstanding reporting on Latin America by Columbia University’s Graduate School of Journalism. He received Brazil’s Ordem Nacional do Cruzeiro do Sul in 2000 for his writing on Brazil and the Mercosur region. He studied Politics, Philosophy and Economics at Balliol College, Oxford University. He is a frequent speaker to business, academic and public-policy audiences. He has testified before the Foreign Relations Committee of the US Senate and the Foreign Affairs Committee of the UK House of Commons. 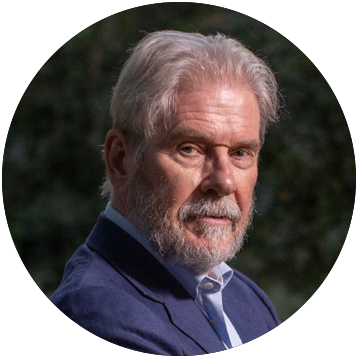