Mike Rhodin recently retired from IBM after 33 years, and 7 years as a corporate officer. Most recently he was responsible for founding the IBM Watson business units. Prior to that, Mike founded IBM’s solution units around their Smarter Planet initiatives including Smarter Cities, Smarter Commerce and Smarter Analytics. During the last financial crisis, Mike was based in Zurich, Switzerland and responsible for most of IBM’s European operations.

Mr. Rhodin began his professional career in 1984 where he joined IBM as software engineer. He held various technology and management roles until 1997 when he moved to corporate headquarters and started his executive management career.

He is a member Supervisory Board for TomTom, based in Amsterdam, a leader in telematics, HD mapping technologies and consumer navigation devices. Mike also serves as an Independent Director for HZO, a waterproofing technology provider for the IOT devices, where he chairs both the Intellectual Property and Compensation committees. He is also a member of the International Advisory Board for Group Santander, one of the worlds leading financial services organizations, as well as on the Advisory Board for Arboretum Ventures, and Ann Arbor based venture capital company focused on the healthcare market.

Mike also serves as a member of the National Advisory Board for the University of Michigan Computer Science program. He has also served as a Director in the Partnership for New York City, a not for profit board focused on economic development, as well as Jobs For Massachusetts, a similar not for profit in the Boston area. 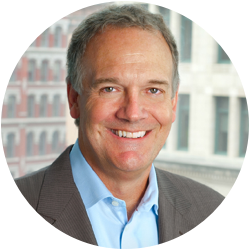