Michael Schlein is the President and CEO of Accion, a global nonprofit committed to creating a financially inclusive world, with a pioneering legacy in microfinance and fintech impact investing. Accion catalyzes financial service providers to deliver high-quality, affordable solutions at scale for the three billion people who are left out of – or poorly served by – the financial sector.

Before that, he ran communications, philanthropy, government relations, branding and human resources for Citigroup. He served as Chief of Staff at the US Securities and Exchange Commission in the Clinton Administration and in New York’s City Hall in the Dinkins and Koch Administrations.

He began his career in investment banking. In 2014, New York City Mayor Bill de Blasio appointed Mr. Schlein to serve as the Chairman of the NYC Economic Development Corporation.

Mr. Schlein has graduate and undergraduate degrees from the Massachusetts Institute of Technology, where he graduated Phi Beta Kappa. 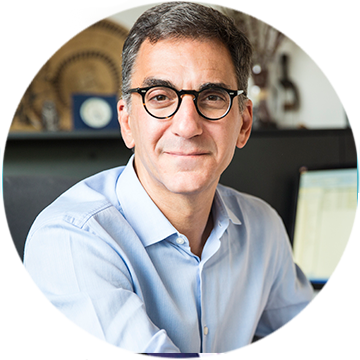