Distinguished Fellow at the Carnegie Endowment for International Peace

Moisés Naím is a Distinguished Fellow at the Carnegie Endowment for International Peace, an internationally syndicated columnist, and the host and producer of Efecto Naím; a weekly television program on international affairs that airs throughout the Americas and won an Emmy in 2018. Moisés Naím was Venezuela’s Minister of Development, director of its Central Bank and an Executive Director at the World Bank. From 1996 to 2010, he was the editor-in-chief of Foreign Policy magazine. Naím is the author of many scholarly articles and over 15 books on international affairs, economics and politics; including “Illicit" and “The End of Power” which were selected by the Washington Post and the Financial Times as best books of the year. He recently published his bestselling sequel to the latter, “The Revenge of Power”. Naím has a PhD from MIT and lives in Washington, DC with his family. 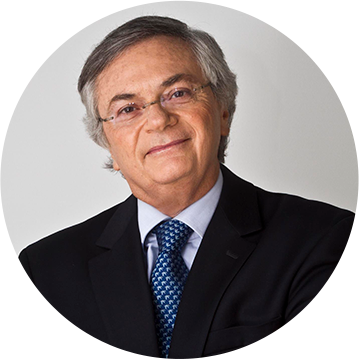