Vice-President and Minister for Economy and Digitalization, Spanish Government

Nadia Calviño, Vice-President and Minister for Economy and Digitalization since June 2020, holds adegree in Economics (1991) from the Universidad Complutense de Madrid (Spain) and a degree in Law(2001) from the Universidad Nacional de Educación a Distancia (UNED). In 1994, she joined the Spanishpublic administration as member of the corps of State Economist and Trade Experts (TécnicosComerciales y Economistas del Estado).

Minister Calviño lectured at the Faculty of Economics at the Universidad Complutense of Madrid. 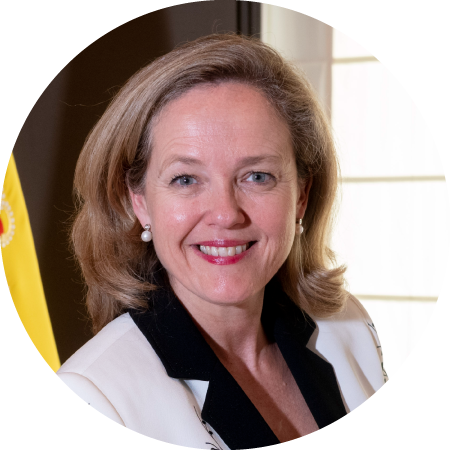