Obiageli “Oby” Katryn Ezekwesili is an Economic Policy Expert is Senior Economic Adviser of the Africa Economic Development Policy Initiative and one of co-founders and pioneer directors of Transparency International-TI, the Berlin-based global anti-corruption organization. Oby is currently also the Founder-CEO of Human Capital África working in the education sector across Africa.

Oby is the Founder-Chairperson of the Board of SPPG- School of Politics Policy and Governance in Abuja, Nigeria. She was a candidate for office of the President of Nigeria in the 2019 election and became the Founder-Chairperson of #FixPolitics Initiative a research-based citizens-led initiative. #FixPolitics envisions “A country where politics is inclusive, the needs of citizens are prioritized, democratic principles are respected, such that good governance is the norm”.

Oby was a Vice President of World Bank- Africa Region in Washington DC between 2007 and 2012. She served in the Government of Nigeria between 2000 and 2007. She was the Minister of Minerals and later of Education. She was a presidential aide and headed the Budget Monitoring and Price Intelligence Unit which later became the Bureau for Public Procurement- BPP. She was concurrently the pioneer Chairperson of the Nigerian Extractive Industry and Transparency Initiative- NEITI in which capacity she successfully designed and implemented the global principles for Nigeria. Ezekwesili also worked as the Director of the Harvard-Nigeria Economic Strategy Project at the Center for International Development at the Kennedy School of Government, Massachusetts.

A Chartered Accountant and Consultant; She holds an MA in International Law and Diplomacy, an MA in Public Policy and Administration from the Kennedy School of Government, Harvard University. She’s an honorary Doctor of Science degree, Federal University of Agriculture, Abeokuta Nigeria and in 2016 the University of Essex Business School awarded her an honorary Doctorate Degree in Business in recognition of her role in promoting economic and social justice in African countries.

Oby was recognized as one of Time-100 Most Influential People and by New York Times as one of the 25 Women of Impact in 2015. Albert Einstein Foundations named her one of 100 visionaries featured in the 3D book “Genius:100 Visions of the Future.” Ezekwesili was a Richard von Weizsäcker Fellow at the Robert Bosch Academy in Berlin Germany between 2019 and 2020.

The PRIO- Peace Research Institute Oslo listed her as one of potential candidates for the 2018 Nobel Peace Prize.

She was decorated with the national award of Commander of the Order of the Federal Republic (CFR) by her country. 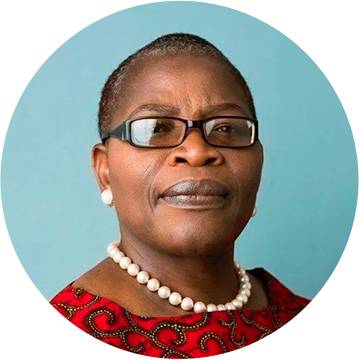