The firm was named “PR Agency of the Decade” by both Advertising Age and The Holmes Report.

Richard has extensive experience in marketing and reputation management, having led assignments with major corporations, NGOs and family businesses in over 25 industries around the world. He has counseled countries in every region of the world on economic development programs. As the creator of the annual Edelman Trust Barometer, Richard has become one of the foremost authorities on trust in business, government, media and NGOs.

Richard topped PRWeek’s list of most powerful executives (2013), was recognized as the third highest rated CEO by Glassdoor (2014) and was inducted in the Arthur W. Page Society’s Hall of Fame (2014). He is regarded as an industry thought leader and has posted weekly to his blog since 2004. Richard is consistently mentioned as one of the top 25 foremost experts on corporate trust.

He serves on the Board of Directors of the Ad Council, the Atlantic Council, the Chicago Council on Global Affairs, the Children’s Aid Society, the Gettysburg Foundation, the 9/11 Museum and the National Committee on US China Relations. He is a member of the Civic Committee of the Commercial Club of Chicago, World Economic Forum and PR Seminar.

Richard earned his M.B.A. from Harvard Business School in 1978 and a Bachelor of Arts from Harvard College in 1976. 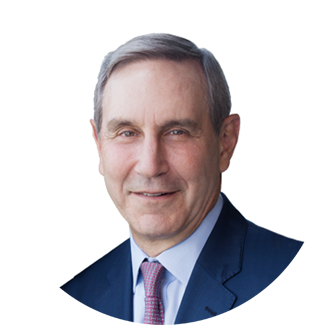