Robin Niblett became the Director of Chatham House (the Royal Institute of International Affairs) in January 2007. Before joining Chatham House, from 2001 to 2006, Dr Niblett was the Executive Vice President and Chief Operating Officer of Washington-based Center for Strategic and International Studies (CSIS). During his last two years at CSIS, he also served as Director of the CSIS Europe Programme and its Initiative for a Renewed Transatlantic Partnership.

He is also editor and contributing author to America and a Changed World: A Question of Leadership (Chatham House/Wiley-Blackwell, 2010); a contributor to Influencing Tomorrow: Future Challenges for British Foreign Policy (Guardian Books, 2013) by Douglas Alexander MP and Dr Ian Kearns; author and contributor to a number of CSIS reports on transatlantic relations, and contributing author and co-editor with William Wallace of Rethinking European Order (Palgrave, 2001).

Dr Niblett is a frequent panellist at conferences on Europe and transatlantic relations. He has testified on a number of occasions to the House of Commons Defence Select Committee and Foreign Affairs Committee as well as the US Senate and House Committees on European Affairs.

He is a Non-Executive Director of Fidelity European Values Investment Trust. He is a Special Adviser to the House of Commons Foreign Affairs Committee (since 2015). He was Chairman of the Experts Group for the 2014 NATO Summit. He was Chairman of the World Economic Forum Global Agenda Council on Europe (2012-13) and Chair of the British Academy Steering Committee of Languages for Security Project (2013). In 2012 he was awarded the Bene Merito medal by the Polish government.

He became a Companion of St Michael and St George (CMG) in 2015.

He received his BA in Modern Languages and MPhil and DPhil from New College, Oxford. 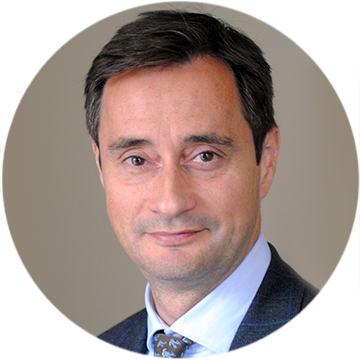