Silvia Flores created, together with her father, the Movement of Unemployed Workers from La Matanza (“Movimiento de Trabajadores Desocupados” -MTD La Matanza), which is widely recognized for the rejection of state assistance plans and the development of their own education and production programs. In 2001 she became deputy treasurer and founding partner of Barrio La Juanita Cooperative Ltd for the Provision of education, care and community Services. In 2007 she was appointed Managing Director. During her tenure, she led several cooperation projects with celebrities such as Maru Botana, Martín Churba, Juan José Campanella, and companies such as Banco Santander and Banco Mundial, among others. At present, Silvia is President of La Juanita Digital Cooperative Ltd. which employs some 120 people from La Juanita and surrounding neighborhoods. 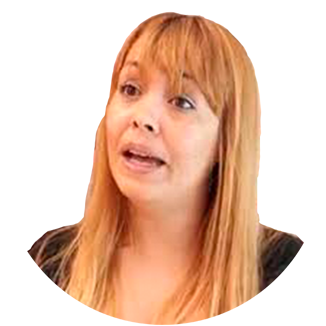