Undersecretary of Finance and Public Credit, Government of Mexico

Vanessa Rubio Márquez holds a Bachelor Degree in International Relations from the National Autonomous University of México (UNAM) and a Master of Science from the London School of Economics and Political Science (LSE).

She has worked at the public sector for 22 years: 12 in the Finance Ministry, 9 in the Foreign Affairs Ministry and one in the Social Development Ministry.

She has been the only woman in Mexico appointed 3 times Undersecretary: in Foreign Affairs, in Social Development, and just recently she was appointed by President Enrique Peña Nieto as the first woman in the history of the country to become Undersecretary of Finance and Public Credit. She was professor in the Technological Institute of Monterrey for 14 years and has various publications on international finance and international politics. 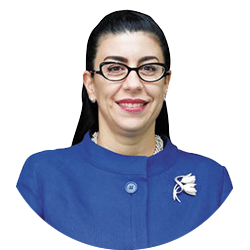