Verena Ross is the Executive Director of the European Securities and Markets Authority (ESMA). She was appointed to the role in March 2011 and joined ESMA on 1 June 2011. She is the first Executive Director of the organisation and forms part of the senior management team along with the Chair of ESMA. The Executive Director has responsibility for the day-today running of the organisation. Prior to this, Verena held a number of senior posts in the UK's Financial Services Authority (FSA), with her final position being Director of the International Division from October 2009 to May 2011. Verena was also a member of the FSA's Executive Committee and the Executive Policy and Risk Committees. Verena joined the FSA in 1998 to run the Executive Chairman’s office during the regulator’s start-up phase, and was briefly a seconded advisor to the Hong Kong Securities and Futures Commission in 2000. She subsequently held various positions in the Markets Division and was Director of the Strategy & Risk Division before becoming Director of the International Division. She began her career at the Bank of England in 1994, where she worked as an economist and then banking supervisor, following studies in Hamburg, Taipei and London (SOAS). 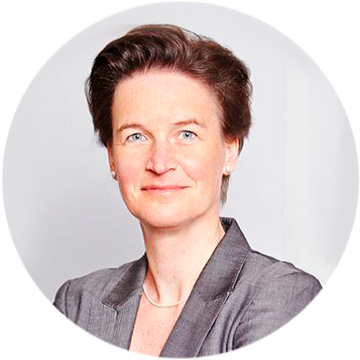