Santander Group headquarters has been host to the International Banking Conference since 2008. After 12 years it has become a benchmark both for management, authorities and experts in the world of finance.

“Trust is what determines a profitable business" said Ana Botín, executive chairman of Banco Santander, during her speech at the 2019 International Banking Conference. And this year's conference, with the theme "Banking on trust", saw analysis and debate on the importance of trust as an essential value for tackling social and economic challenges.

This year's programme also included well-known public figures including Nadia Calviño, the Spanish minister of economy and competitiveness; Richard Edelman, the founder of the Edelman Trust Barometer, which has become a worldwide benchmark for measuring trust; and Mariana Mazzucato, professor in the Economics of Innovation and Public Value at University College London.

Carl Bildt, the former prime minister of Sweden, and Javier Solana, the former secretary general of NATO and chairman of ESADEgeo, had an interesting conversation about the role of European institutions in setting the rules of the game for the digital economy and banks in Europe's future. During the last panel, José Antonio Álvarez, CEO of Banco Santander; Martin Gilbert, CEO of Aberdeen Standard Investments; and the governor of the Bank of Spain, Pablo Hernández de Cos, discussed the creation of trust in financial markets and services, and the opportunities and challenges posed by technology.

A conference open to all

More than a thousand people from all around the world and from leading international companies watched the debates live and were able to interact with the speakers, asking questions and answering surveys in real time via a mobile app. Those who were unable to enjoy the conference in person had the option to follow it on various digital channels: a live broadcast on the Santanderibc.com website or through the Bank's social media profiles.

The were more than 1,200,000 connections on the day of the conference, underscoring the importance of this topic in business and banking today. 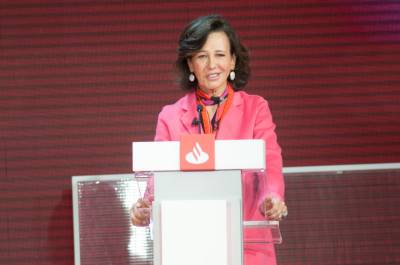 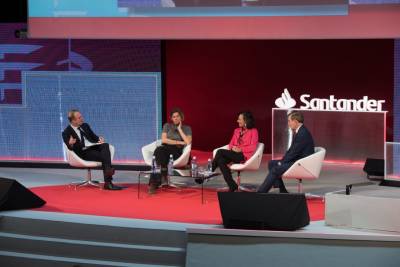 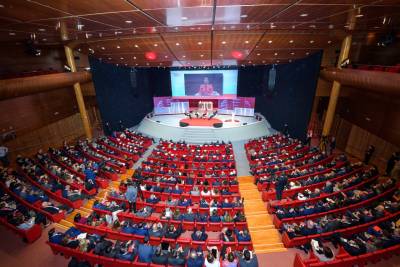 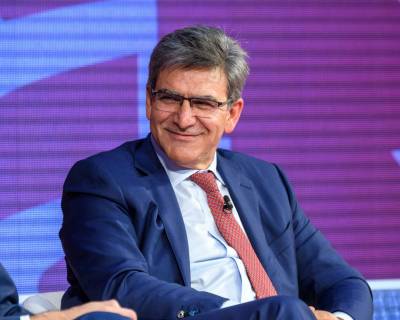 Donwload 29,73 MB
CorporateEvents
May interest you
FIND OUT MORE