Governments and banks in the COVID-19 crisis 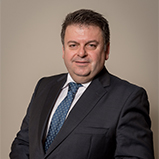 Covid-19 is a challenge for scientific knowledge and epidemiological control. It is also a complex and very sensitive trance as humans to alleviate the economic and social effects.

The Prussian military strategist Carl von Clausewitz pointed out that "combat determines the character of arms and equipment, and these in turn modify the essence of combat". In the resolution of this pandemic, those countries with a strong institutional cohesion will emerge with greater force, in which the main political, economic and social actors support each other and row strongly in the same direction. Without gaps. In this environment, financial institutions around the world present themselves as active soldiers, with reinforced armor and equipment different from those they brought to the 2008 financial crisis. Collaboration between governments, economic and social agents and financial institutions is a winning approach.

Although countries have approved a wide variety of actions (subsidies, direct aid, moratoriums, different guarantees), they have the common denominator of the importance of banks in the financing and payment channels. There is a productive and human network throughout the world that requires the necessary financing to “bridge” the pre-coronavirus and post-coronavirus situation. Every action is conditional on three factors. First, the duration of the lockdown measures. Second, the capacity to deliver financing quickly and vigorously. Third, the uneven spread of the virus across countries makes it difficult for the economy to be fully open for some time.

A review of the different measures shows the central role of the financial system is clear, especially in the European Union.

A review of the different measures shows the central role of the financial system is clear, especially in the European Union. Central banks have acted forcefully since the beginning of this crisis. The US Federal Reserve and the Bank of England - like central banks in Latin America - have lowered interest rates and have significantly increased their bond purchase programs (quantitative easing). Even the Bank of England has announced that it will temporarily finance the British government limitless through the "overdraft" that the British Treasury has historically enjoyed at its central bank. A heterodox measure, which clearly reflects the "whatever it takes" message of the issuing banks. As for the European Central Bank, unlike what happened in the financial crisis - and despite certain initial doubts - it acted also forcefully and announced its Pandemic Emergency Purchase Program. €750bn that could be applied flexibly (according to needs) until the end of 2020. It has also reinforced its auctions of LTROs and TLTROs.

No less important is adapting the prudential framework to the exceptional circumstances. Recognition of expected loss is an essential prudential tool, but in times of negative shocks, some macroprudential relief is also needed. Countercyclical mechanisms that allow financial institutions to contribute to credit recovery have been activated. In this sense, the Basel Solvency Committee relaxed the criteria for the expected loss on April 2. The European Banking Authority (EBA) and the European Securities and Markets Authority (ESMA) have published communications in March and April relaxing accounting and provisioning criteria related to the moratorium on company installments. They will be able to use existing reserves for an amount of €120 billion to absorb losses or finance up to €1.8 trillion. Loans with public guarantee will have total flexibility. Bank supervisors from other countries (the US, the United Kingdom, among others) have followed similar macroprudential relief strategies.

The fiscal strength (measured as committed public spending as a percentage of GDP) in the responses has been uneven.

The fiscal strength (measured as committed public spending as a percentage of GDP) in the responses has been uneven. The lower fiscal margin of some of the most affected countries in Europe (Italy, Spain) has opened the debate on a European fiscal response. It is key that the EU also helps to promote effective financing. The Eurogroup approved on April 10 a package of measures of €500 billion. The lines of credit of the European Stability Mechanism (ESM) up to €240 billion will be used, mainly to cover health expenses. €200 billion from the European Investment Bank (EIB) will also be provided in the form of guarantees for SMEs. Additionally, a European fund against unemployment of €100 billion has been created. A European Reconstruction Fund is also being debated, which, in any case, will only be operational from autumn 2020 and it seems that it will operate with some conditionality. A powerful united EU framework will help avoid future financial tensions.

Many public measures place a large part of the responsibility on banks. Three measures stand out.

Even with these measures, the active participation of financial institutions seems essential. In fact, many public measures place a large part of the responsibility on banks. Three measures stand out. The first, the moratorium on loan payments. Fundamentally in mortgages, but also in lending to SMEs. Secondly, bank financing with a state guarantee, to maintain the rate of activity by sharing risks. Third, with direct capital injections in companies, to strengthen solvency. The financial muscle, the know-how and the risk analysis capacity and expertise of the banking sector will be key. Open avenues for public-private collaboration remain. For example, the purchase of small business debt by central banks or their securitization.

Finally, financial institutions have opted for a strategy of anticipation: assume the costs in order to fully enter the battle. In the first quarter of 2020, banks have made huge provisions to absorb the loss expected from Covid-19 due to asset impairment. With this recognition, the challenge of financing can be tackled from a more realistic perspective.

All this reveals the importance of institutional cohesion between all economic, social and financial agents. All in the same boat. And if there is a central sector, it is the financial sector. The pillar of much-needed liquidity for companies and citizens around the world.

The opinions expressed in this article belong exclusively to its author and do not represent the position of Banco Santander. For further information please visit our “Legal Notice” section