Javier Solana is president of ESADE Center for Global Economy and Geopolitics (Barcelona-Madrid), and president of the Royal Board of the Prado Museum. He is distinguished fellow in Foreign Policy at Brookings Institution, senior fellow at the Hertie School of Governance (Berlin), chairman of the Aspen Institute Spain. He is also board member of the European Council on Foreign Relations (London, Berlin), the Council on Foreign Relations (New York), the Munich Security Conference, the Fundación La Caixa, and the Telefónica Security Advisory Board. Likewise, he is visiting professor at the London School of Economics, where he was awarded an honorary degree in December 2010, and Fisher Family Fellow at Harvard.

From 1999 to 2009, Dr. Solana was Secretary General of the Council of the European Union (EU); and from 1995 to 1999, Secretary General of NATO. Dr. Solana is the former High Representative for Common Foreign and Security Policy (CFSP) of the European Union. Prior to this, he has held several ministerial positions in the Spanish government, including Minister for Foreign Affairs. 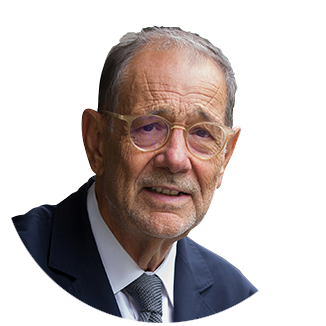