Director of Esglobal and editorial coordinator of Pensamiento Iberoamericano

Cristina Manzano is the director of Esglobal, a leading digital publication on global affairs in Spanish and editorial coordinator of Pensamiento Iberoamericano, a magazine edited by the Iberoamerican General Secretariat (SEGIB). She is also an advisor to Diego Hidalgo, a Spanish philanthropist and co-founder of the Club de Madrid (CdM).

Manzano has a degree in Information Sciences, specialized in Journalism, from the Universidad Complutense de Madrid, and postgraduate studies at the University of Maryland (US), thanks to a Fulbright Scholarship. Her experience includes various roles in journalism, notably as a columnist for El Pais and El Periódico de Catalunya, and as a regular commentator in Spain’s National Radio (RNE), Spanish Radio and Television Corporation (RTVE), and CNN+. Additionally, Manzano participates as a speaker on topics related to international affairs, Spanish and European Union foreign policy, globalization, and communication. Prior to this, she was editor and the US correspondent for economic issues of Ranking magazine; director of Reporter, a leading firm in corporate communications and branded content, for more than a decade; and deputy director of FRIDE, an independent think tank in Madrid working on EU foreign policy.

Today, Cristina Manzano also serves as a member in the Scientific Council of the Elcano Royal Institute, the Barcelona Centre for International Affairs (CIDOB), the European Council on Foreign Relations (ECFR), the Spanish Chapter of the Club of Rome, Education for Employment Europe, and the Alliance for Solidarity.

She is native in Spanish and fluent in English and Italian. 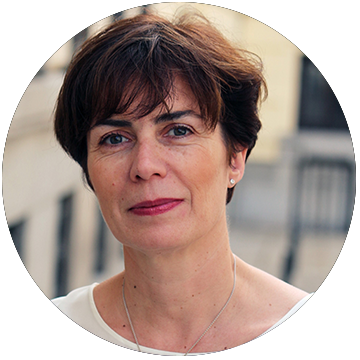