Mr. José María Roldán is Chairman and CEO of the Spanish Banking Association since April 2014, after 13 years as Director-General at the Banking Regulation and Financial Stability department of the Bank of Spain and member of its Executive Board. From May 2015, he is also the Vice-President to the European Banking Federation (EBF).

During his tenure in office as Director-General he was part of the Basel Committee on Banking Supervision (BCBS), and chaired both, the Standards Implementation Group (SIG) of the BCBS and the Joint Forum during the tenure of the BCBS.

He founded and was the first Chairman of the Committee of European Banking Supervisors (CEBS); the forerunner of the European Banking Authority (EBA), after being President of the Financial Action Task Force on Money Laundering (FATF) and chaired the extinct Banking Advisory Committee (BAC) of the EU.

Mr. Roldán joined the Bank of Spain as Senior Economist of the Research Department in 1989, but in 1994 he takes up a post at the European Monetary Institute (the forerunner of the European Central Bank) in Frankfurt. 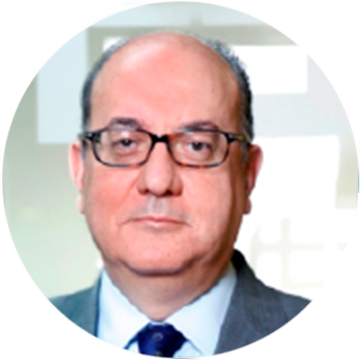