Luis M. Linde graduated from the Complutense University of Madrid in 1967, with a Master Degree in Economics.

From 1978 to 1982 Mr Linde was Secretary General of the Ministry of Economy. In 1987 he was appointed Director General of the International Department of the Banco de España. Between 1987 and 2000 he was the Alternate of the Governor of the Banco de España on the Committee of Governors of the Central Banks of the European Union and on the Council of the European Monetary Institute. Between 2005 and 2008 he was Executive Director at the Inter-American Development Bank.

As Governor of the Banco de España Mr Linde is currently a Member of the Governing Council of the European Central Bank and a member of the Steering Committee of the Financial Stability Board.

Mr Linde has contributed to various collections of essays and has frequently published articles on economic issues. He has been a member of the editorial board of Información Comercial Española and from 1998 to 2011 he was economics editor for the monthly review Revista de Libros. 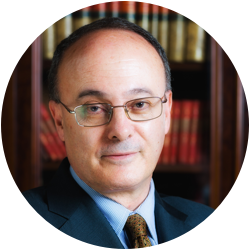