Board Member and Director Strategy and Policy Coordination, Single Resolution Board

As one of the 6 Board Members of the Single Resolution Board, Mr Mauro Grande is in charge of resolution strategy and cooperation which cover a range of cross-cutting issues relating to the core resolution activities (policies, standards, methodologies, financial stability) as well as the interplay with relevant stakeholders (NRAs, ECB, EC, EBA). In that capacity, he chairs the SRB Committee on Cooperation between the SRB and the NRAs. He was previously Adviser to the Executive Board of the European Central Bank (ECB) from 2012 until 2015. After obtaining a degree in economics, Mr Grande started his professional career in finance and banking. From 1983 to 1990, he worked for the Banca d’Italia (Banking Supervision Department), and was seconded to the European Commission (Securities Markets Unit) and then to the European Monetary Institute (Banking Supervisory Sub-Committee). He has worked for the ECB in the area of prudential supervision and financial stability as Head of Division, Director and then Director General, participating in international (Financial Stability Board, Basel Committee on Banking Supervision) and EU (Financial Services Committee, European Banking Authority) bodies. 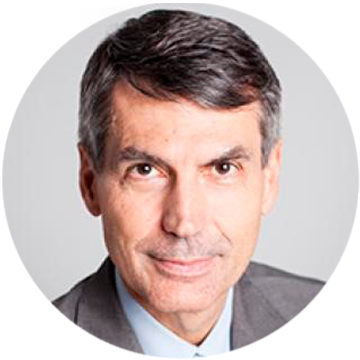