Santander Brazil has agreed to sponsor the revitalisation of the Vila Olímpia station (CPTM) to transform it into the country's first sustainable train station. The initiative will be made public at the start of the World Environment Week.

Located at Marginal Pinheiros, just a few metres from the bank's head office, the station has been the target of 14 sustainable initiatives to increase efficiency in the use of natural resources and improve the customer experience of more 35,000 passengers who use the station every business day. From now on, the station itself will generate, capture or reuse most of the supplies it needs to operate. And it may become up to 100% self-sufficient in the months with the right amount of sun and rain.

In addition to sponsoring all revitalisation works, Santander will bear the costs of the station's monthly upkeep for three years. Information boards across the station will show how water and electricity savings are achieved and keep track of the recyclable materials collected by Santander every month.

The engineering and architecture plans to renovate and transform the Vila Olímpia station will be fully available so that other companies may reproduce the same model in other sites.

The station's roof has been fitted with 234 solar panels, thus reducing the station's electricity bill to zero (at the moment, it amounts to R$300,000 per year), a sum no longer paid for by the public sector. More than 150,000 litres of water will be saved every month with a system that collects and stores 46,000 litres of water for reuse. The station is also now equipped with a new bicycle parking area for 90 bikes. This new space will make it possible to avoid 360 kg of CO2 emissions on a daily basis.

Next to the turnstiles, with Santander white-coloured stickers, station users will find the LAB, asocial space with seats to have a rest and mobile phone charging points. Boards will explain how the solar panels work, how rainwater is harvested and how waste water from the toilets is treated. They will also display information about deforestation and alternative means of transport. A graphite mural by artist Eduardo Kobra reproduces a picture showing rowers in the Pinheiros river in the 1950s. 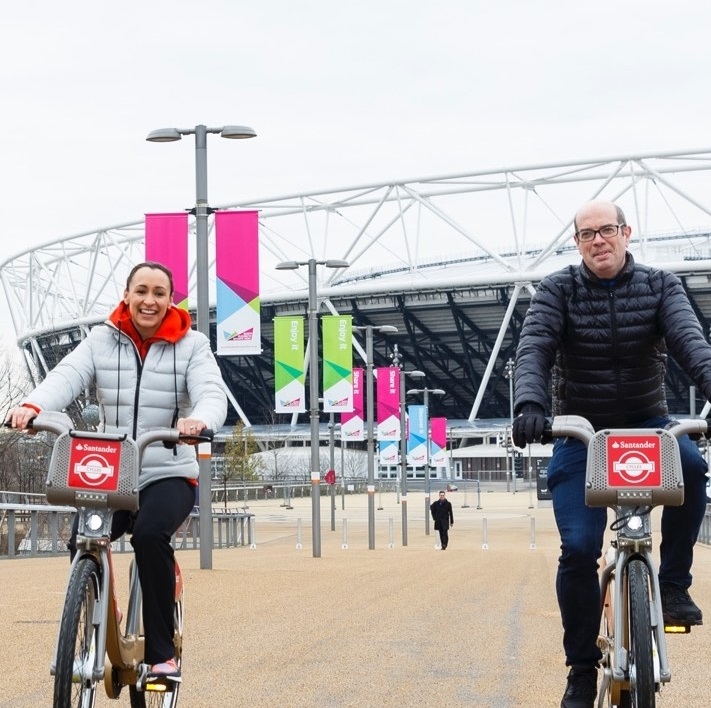