A portmanteau formed from “stagnation” and “inflation”, stagflation is an economic hair-raiser. Though it doesn’t happen often, we should know what it is and what effects it can have.

“Stagflation” is a combination of high inflation and economic stagnation. Inflation drives prices up but purchasing power down. Imagine spending 50 euros on the same groceries every week. As prices go up, you’ll start to get less bang for your buck.

A consumer price index (CPI) measures the price shift of a market basket of basic goods and services in a given country. The eurozone harmonized index of consumer prices (HICP) gives us a comparable measure of inflation between EU Member states. Inflation rises when those indices trend upwards over a long period.

Stagnation means economic growth has slowed dramatically or ground to a halt, with high unemployment, a drop in gross domestic product (GDP), slumping wages and other factors. 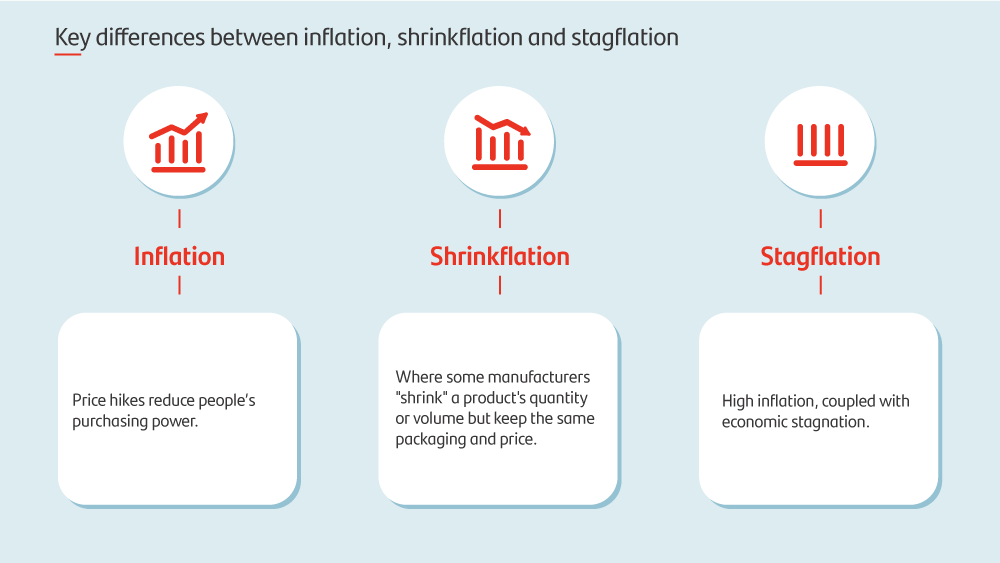 How governments and central banks ward off stagflation

Its government, which oversees state affairs, collects taxes and uses other methods to fund what we know as “public spending”.

What are the effects of stagflation?

Though stagflation is rare, it has occurred in the past. The best-known example came during the oil crisis of the 1970s. The Organization of Petroleum Exporting Countries (OPEC) had embargoed oil exports to Western countries that had backed Israel in the Yom Kippur War against Syria and Egypt.

It caused such a wave that the sides signed a disengagement agreement, and OPEC lifted the embargo in March 1974. The fallout of the conflict had already compounded several socio-economic issues, such as wage freezes and rising unemployment. This caused household income, purchasing power and consumption to decline.

To avoid stagflation, governments adopt economic, monetary and fiscal policies; but they don’t always go hand in hand. There is no sure-fire way to get the economy back on track. Governments must strike a balance between lowering interest rates, increasing public spending and other ways to stimulate economic growth.  However, this can actually raise inflation and increase the tax burden. So tightening monetary policy and other measures can also help put the brakes on.

What is sovereign debt?