The external pillars of our recovery 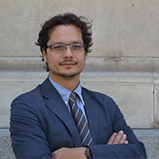 Professor of Political Science at the Universidad Nacional de Educación a Distancia (UNED), and Head of the Madrid office of the European Council on Foreign Relations (ECFR)

The health and economic crises generated by COVID-19 are so serious that we must focus all our attention and efforts on getting out of it well.

However, as in any crisis, collateral or secondary damage often go unnoticed. We know, however, that while the urgent demands our immediate attention, there are always other important challenges. In the case of COVID-19, there are two elements that deserve specific attention because, as they are already present among us, they could be accelerated.

The first has to do with the crisis of multilateralism, in which we are already immersed. Its most visible expression was the trade war between the US and China, but it manifested itself on multiple fronts and resulted in the weakening of the system of rules that had been undergoing an open and fair globalization for the benefit of all. Before COVID-19, globalization was being questioned from multiple fronts. In one of them we saw the great powers increasingly focused on bending some elements of that system (foreign exchange, trade, investments, digital capabilities, or even migratory flows) to their particular geopolitical interests. In another we saw appeals to reduce the scope of globalization and even reverse it under various ideological but ultimately convergent agendas (nationalistic, although also progressive, as in the case of environmental or labor issues).

Certainly, this crisis has shown some important vulnerabilities, especially the overdependence on global supply chains, whose reliability was taken for granted, for vital strategic healthcare supplies. But one thing is the unavoidable need to examine more in depth how to strengthen key strategic capacities for the resilience of states in crisis situations, and another is to think that this crisis is easier to overcome with less globalization and less multilateralism. On the contrary, one of the main lessons of this crisis is the need to reinforce multilateralism, fundamentally but not only in health, as a way to improve national response capacities. Therefore, it should not be confused: both before and now, deglobalization is the ideological program of political actors, not a desirable or acceptable consequence of the crisis.

Both before and now, deglobalization is the ideological program of political actors, not a desirable or acceptable consequence of the crisis.

The second element of risk has to do with European political dynamics. It would be unfair not to recognize that there are great differences in the reactions regarding the COVID-19 crisis and those that we saw in the past economic and financial crisis. After a brief period of confusion, which all governments have experienced, the European institutions, starting with the Commission, but most especially the ECB, have put in place policies and launched proposals that show that they have understood the seriousness and depth of the crisis.

This does not mean that, as we have seen in the political debate in the Netherlands and Germany (but also in Spain and Italy), the crisis has eliminated visions and preferences that are well established and reflect very different political cultures and historical experiences. Consensus within Europe will be difficult, precisely because member states will start from different positions and will require, as in any crisis, the creation of programs, policies, and even novel institutions. In this sense, the recent ruling of the German Constitutional Court points to an inherent limit to the project of European integration: the fact that completing the monetary union with a fiscal pillar, increasingly evident in its need, requires progress in a political union whose basic foundations are far from being on the table. Since that circular lockup that feeds itself is driven by deep reasons, we cannot expect it to just go away. In this sense, excessive expectations generated around the availability of a large economic recovery program (call it the Marshall Plan or the issuance of a perpetual joint debt) can lead us to a self-inflicted, avoidable and unnecessary defeat that damages citizens’ confidence in the European project.

But more dangerous than the breakdown of solidarity threatening the existence of the European Union, which in the end will always remain because it is in the interest of all members, is the asymmetry in the economic impact of the crisis in the member states. Italy and Spain have suffered the most fatalities due to COVID-19 and have already lost almost a decade of growth. This comes in parallel with significant political and social stress in the attempt to recover, with many difficulties, growth and lost employment and thus close the inequality gaps that were widened by the last crisis. Because of the pressure from social demands and political polarization, neither Spain nor Italy were able to take advantage of growth to position themselves better for the future. The priority must therefore be to minimize the differential impact of the COVID-19 crisis, avoiding a further setback or disengagement from southern Europe and the widening of the North-South gap. This forces the design of both national recovery strategies and European programs so that the crisis, which will inevitably lead to an increase in debt, does not penalize the access of Spanish companies to the necessary financing to continue competing and accessing the European internal market. Moreover, care must be taken that the relaxation of the rules on public aid does not distort that market or introduce new asymmetries.

The priority must therefore be to minimize the differential impact of the COVID-19 crisis, avoiding a further setback or disengagement from southern Europe and the widening of the North-South gap.

The well-being and prosperity of Spain is as intimately linked to the existence of an open, rules-based multilateral order as to an internal market that not only allows us to export goods and services but to import competitiveness and incentives that allow citizens and companies to guide their productive activities in a way that is beneficial to them and to society as a whole. Maintaining these two pillars is a sine qua non for our economic recovery.

The opinions expressed in this article belong exclusively to its author and do not represent the position of Banco Santander. For further information please visit our “Legal Notice” section