On Santander’s 75th anniversary in Latin America, Botín says that the region is well placed to weather the crisis

Santander has invested over €35 billion in Latin America, primarily since the 1990s, where it earns nearly half its profit.

Madrid, 02 November 2022.
Today Banco Santander’s executive chair, Ana Botín, pointed to the strength of Latin America (where the bank first expanded internationally 75 years ago) and said that the region is well placed to weather the crisis. Banco Santander opened a representative office in Havana in 1947, and then in Argentina and Mexico. It has invested more than €35 billion in the region, primarily since the 1990s. Today, Santander has €415 billion in assets in the region across seven countries, which together generated 42% of its profit in the first nine months of 2022.

“We chose Latin America to begin our international expansion. We believed in the region’s strengths and growth potential, as we do today”, said Ana Botín while highlighting the Latin America’s potential in a meeting with reporters from the region in Madrid.

Botín recalled the region’s macroeconomic highs and lows in recent decades to dispel fears of ongoing volatility. “Latin America is better off than people think. It has macroeconomic tailwinds to withstand what’s coming. Its banking systems are much better capitalized, regulated and supervised”. She added: “The IMF expects growth in Brazil and Mexico to outpace the US. And both countries’ inflation forecasts for late 2023 (under 5%) are lower than Germany’s”. The recent abatement in inflation reflects the early action taken by central banks in Latin America.

Santander’s executive chair also remarked how the ongoing digitalization can support financial inclusion. Debit cards (1.8 billion, doubling in more than a decade) and the most innovative payment methods, like QR codes and real-time payment, are soaring in the region, where 70% of people have a smartphone. “Being able to pay digitally is revolutionizing retail, which employs a vast number of people in Latin America”, she said.

For Botín, supporting inclusive and sustainable growth is critical for the region´s future. “Latin America has the assets and talent to navigate hard and uncertain times. That’s why we reaffirm our confidence in the region”. She pointed out that Héctor Grisi, Santander’s new CEO starting in 2023, comes from Mexico, where he directed a third of the Group’s operations as Regional Head of North America. “We’re proud, as an international bank with Latin America in its DNA, to have a Latin American occupy such a critical and important role. I believe in the region and in its people”, she said.

In Latin America — namely in Brazil, Mexico, Chile, Argentina and Uruguay — Grupo Santander serves some 90 million of its 159 million customers and employs over half of its 200,000 employees. In recent years, it has transformed its franchises, becoming Latin America’s leading bank.

Founded in 1857, Santander was an outward-looking bank, with early ties to trade with Latin America from the city of Santander, Spain. Until 1995, the dominant presence of US banks stunted Santander’s business in Latin America. But soon, it would embark on another intense course of expansion in Argentina, Colombia, Mexico and Peru, while shoring up its established operations in Chile, Puerto Rico and Uruguay. 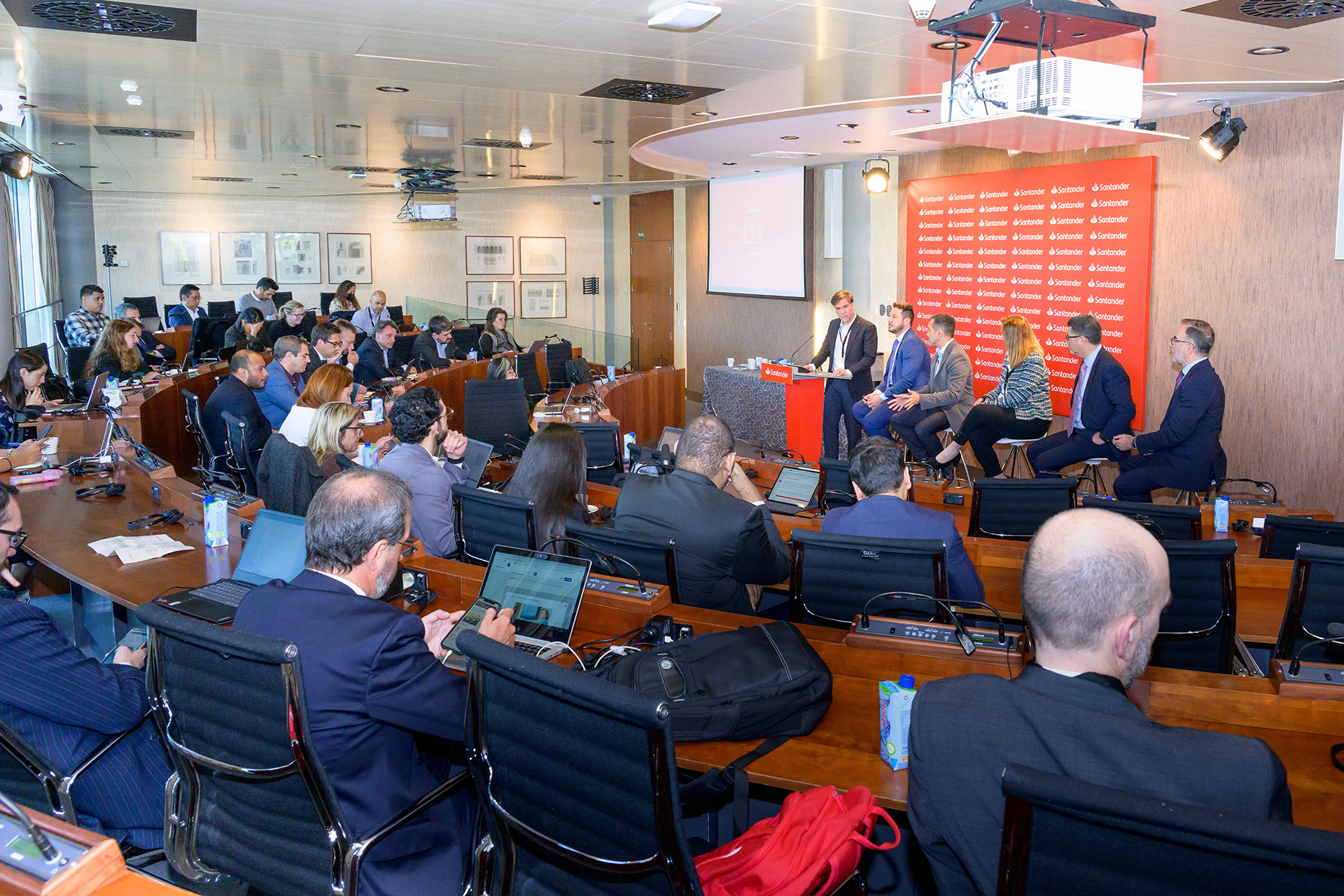